In addition to her work in human resources, Terry is an integral part of many community organizations: she’s been a Texas Book Festival volunteer since 2014 and has been active with the Austin African American Book Festival since its start in 2007. She is also a founding member of Folktales’ Black Women’s Literary Society in 1993 and has been the co-chair “for over a decade (or two).”

Many who have not cared for sci fi loved Kindred, and it occupies spaces on many high school and college reading lists as well as an option for many community wide reading programs.

Not Without Laughter – Langston Hughes

Hughes debut work that is just as timely/relevant as it was in 1930.

Very entertaining read.  I learned more about Michelle and Barack Obama.  I have suggested this book to two ministers to consider for use with pre-marital counseling sessions.

The August Snow series is based in Detroit.  Snow is a wrongfully discharged police officer. After receiving a multi-million dollar settlement from the City, Snow took off for a year.  He returned to his parents’ home and is now rebuilding his life and his immediate neighborhood.  This time he is investigating the death of an undocumented immigrant.  I am most looking forward to the cast of characters that surround Snow.  Many are thoughtful, funny and the kind of folks you want to invite over.

The Last Thing You Surrender: A Novel of World War II – Leonard Pitts

While most know Pitts as a syndicated columnist (Sundays in the American Statesman), THE LAST THING YOU SURRENDER is Pitts’ 4th work of fiction.  This story follows three characters from the Jim Crow South as they face the challenges World War II ignites in the U. S.  2/5/19 release date.

Finding My Voice: My Journey to the White House and the Path Forward – Valerie Jarrett

Gates covers the time after the Civil War through the end of the Second World War to explore what should have been a new birth of freedom for African Americans—but instead brought forth a time of organized resistance.  4/2/19 release date.

Novel was inspired by by the rap group Clipping for the This American Life episode “We Are In The Future,” The plot is about  water-breathing descendants of African slave women tossed overboard have built their own underwater society—and must reclaim the memories of their past to shape their future.  Should be interesting.  6/4/19 release date. 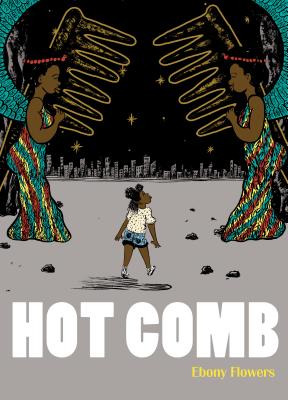 Flowers is a cartoonist.  Through her art work and storytelling, Flowers sheds light on getting that first relaxer, being “tender headed,” and being the only Black player on a team and people wanting to touch your hair.  Flowers also recreates magazines ads that were used to advertise hair relaxers. 5/4/19 release date.

The Black Panther has disappeared, lost on a mission in space. And in his absence, everyone’s looking at the next in line for the throne. But Shuri is happiest in a lab, surrounded by gadgets of her own creation. She’d rather be testing gauntlets than throwing them. But a nation without a leader is a vulnerable one—and Shuri may have to choose between Wakanda’s welfare and her own.  5/7/19 release date